I am going to try to explore a tough question for which I’m not sure I have a good answer.

Recently I had tea with a fellow spiritual quester who is also single. I was talking about how powerful a step it was for me to recognize that I felt like a failure for being single and then to work to break that connection between my heart and that voice.

She asked me “how did you do that?” and then “can you please write about it?”

I don’t know that I have the answer; in fact, I’m pretty sure I don’t. But, because she is an amazing woman, I will try to at least share some thoughts.

First, I came to this realization through the work of Brene Brown. Respect duly given. In her book on shame, there is an exercise where you write down 5 things you want to be seen as (success) and 5 things you don’t want to be seen as (failure). When I wrote “single” I realized that there was a direct link that went single=failure=shame=unworthy of love. When I had the realization, it was like a thunderclap. A boom in my heart. I remember thinking, “holy crap, that’s crazy!” Cause when you say it out loud, it IS crazy.

So the question is “who is that quiet voice in the darkness that whispers this nasty little refrain?”. Where does that insidious soul-crushing message originate and how does it worm its way inside me/us?

And, maybe more importantly, how do we silence that voice. Stand up and in a loud voice and declare “you are wrong”. Or maybe say in a quiet but firm voice of certainty – you are wrong. Gently take that part of us that listens to that message and draw it away, moving away from judgement and towards love and compassion.

These are the things that have helped me.

1. I stopped watching romantic comedies. The story lines of romantic comedies are complete crap. I am not “fine without a man until I realize how much I need him”. I am not “not okay but then lose the guy because of it only to become okay and then have him realize he loves me”. And, I seriously doubt I will ever find myself chased down in an airport by someone declaring their undying love. Cause in this day and age, that would just set off security and likely end me up on the no-fly list. Romantic comedies do not make me feel good. And there is nothing funny about that.

2. I stopped listening to advice from others. I cannot even begin to tell you the advice I get from other people on how to cure my disease of singleness. Go out and be more social. Don’t be so social. Actively search by dating on-line. Stop looking. Be more open. Don’t be needy and desperate. As well-meaninged as all this advice is – and I believe it comes from people who genuinely care and want for me to be happy – it inevitably left me feeling like somehow being single was not only bad but it was completely my “fault”. Magnify that through my filter of “single is failure” and it’s no wonder it became a big jumble of everything I was doing wrong. Again, kudos to Brene Brown. Every night in my journal I write “I am enough” And, I rewrite it as many times as I need to until my heart knows it’s true. Today, I am enough exactly as am. Right now.

3. I don’t make assumptions about people’s marriages/relationships. The crappy myth of “happily ever after” espoused in romantic comedies and everywhere else in our culture is just as damaging to couplehood as to singles. Relationships are hard work. I see the commitment and time that my coupled friends put into their relationships. I have seen “perfect” long-term relationships end suddenly. I have seen unhappily married people stay in relationships for a variety of reasons. Couplehood has its ups and downs. Just like singlehood. Walking our path in life is a complex journey with all its varied relationships. And comparing myself to anyone else is a zero sum game.

4. I am mindful of the things I like about being single. There are lots of great things about being single. My schedule is pretty much my own. I get the whole bathroom to myself. I can listen to whatever music I want as loud as I want. The computer is always free. My work colleagues (both men with small kids) joke that they live their lives vicariously through me. Sometimes, when they ask what I did on the weekend I just say “whatever I wanted”. And smile.

5. I recognize my choices. There is a tendency, in the dark hours of loneliness, to feel like no one wants me. That single means unwanted. Single means rejected. In public. Even the last kid picked for team sports was still picked. A good friend of mine who is also single once said to me, “I am okay with being single. I just don’t want other people to think of me as single.” So true. And, the weird thing is that I never look at other single people and think they are unwanted. But I sure feel like that’s what people think about me. And that’s my little voice inside doing that. But, the truth is that there are opportunities and offers that I have turned down for a variety of reasons. I am not single because I am a failure. I am single because I am not currently choosing to be in a relationship. End of story.

6. Singleness is a sell job. Our consumer culture is based on the premise that we are all unhappy but that there is a product we can buy to give us that happiness. Whiter teeth, skinnier bodies, shinier hair, cleaner homes, faster cars, more stuff. If being single makes me a sad failure, there are hundreds of products out there that can fix that if I just try a little harder and spend a little more money. Aren’t I worth it? About 18 months ago, I shut off my cable. I watch very little TV and almost no advertising (although it is around me in lots of other ways). I am much a happier and I’ve saved money.

So, there we go. I’m not sure if that answers the question. It’s a hard thing to write about. Partly because I feel like writing or talking about being single is either perceived as an attack on couplehood or as me saying that I have “given up” on love and am settling in for a long and bitter spinsterhood. Neither of which is true.

What is true is that I will not accept the message that being single is a sad state of failure. Life, and relationships, are way more complicated than that. I am enough exactly as I am.

And my heart is thankful that it no longer has to listen to that crazy voice that says otherwise. 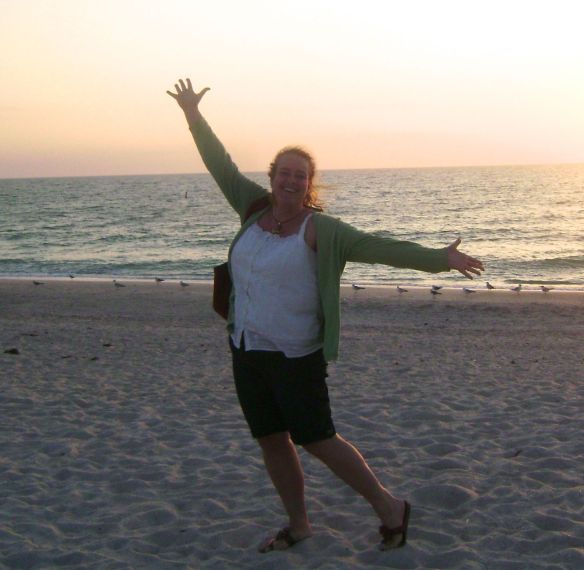