Glastonbury is a wonderfully interesting place. A big mixing bowl of spirituality, from the birthplace of Christianity in England, the mystic isle of Avalon and King Arthur’s Court, to neopagans and new agers of all stripes to just general tourists exploring the shops, the Tor, the Chalice Well and the Abbey.  Lucky for us, the first stop after our cold stop in Avebury was a lovely coffee shop where we were much fortified by giant breakfast and large cups of hot coffee before we headed out to explore. 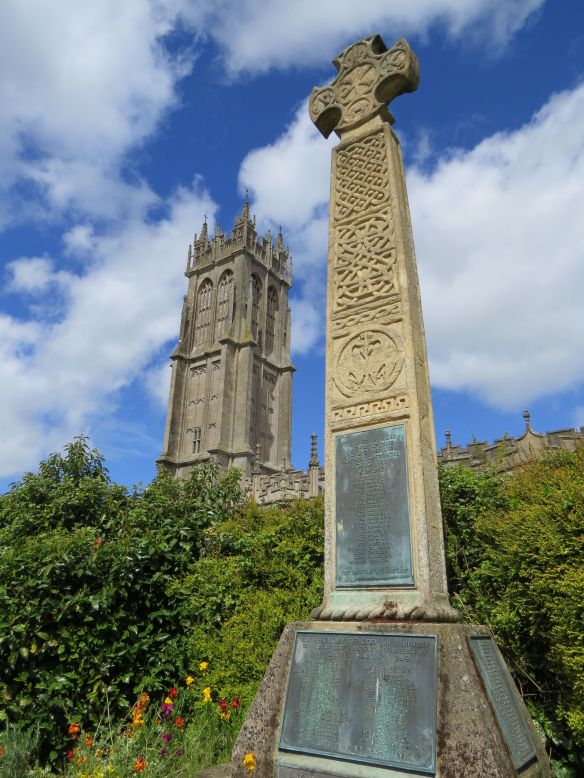 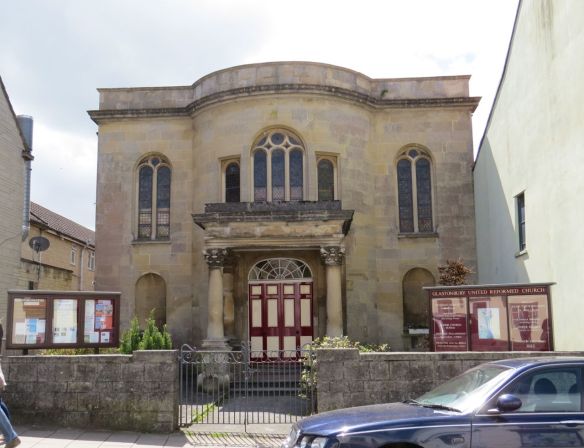 Evidence shows that Glastonbury has been in existence as a town since the neolithic times. Many of the older buildings, like the Tribunal House  below from the 15th century, are associated with the Abbey. 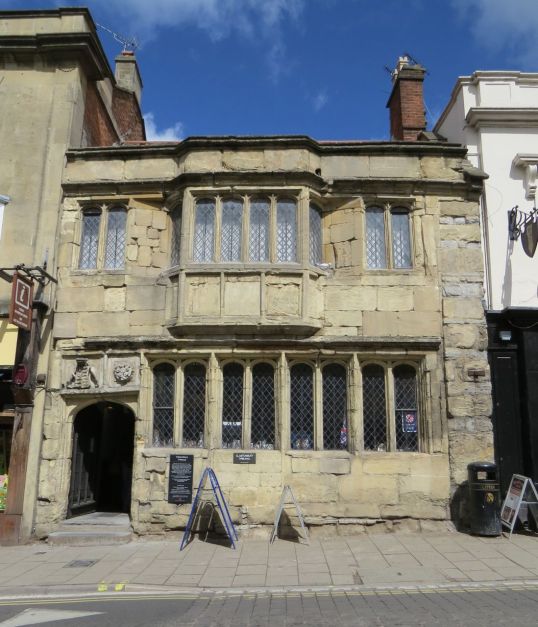 Glastonbury Abbey was founded in the 7th century and enlarged in the 10th, before a major fire in 1184 destroyed the buildings. It was rebuilt and by the 14th century was one of the richest and most powerful monasteries in England. Henry VIII ordered the confiscation of the Abbey’s wealth and treasures and the last Abbot was hanged, drawn and quartered as a traitor on Glastonbury Tor in 1539. Even with just the ruins still standing, you can see how large the Abbey was! 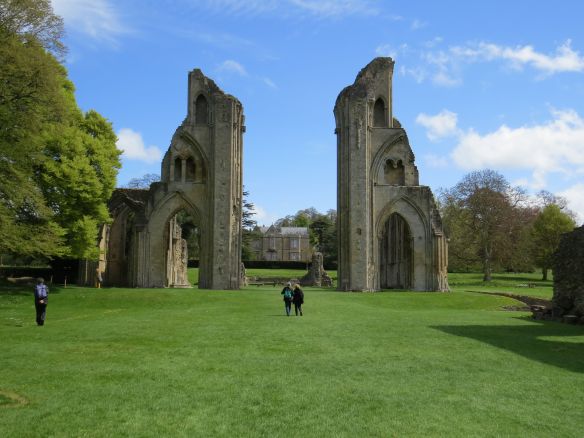 Joseph of Arimathea is said to have arrived in Glastonbury and stuck his staff into the ground, when it flowered miraculously into the Glastonbury Thorn.  While that original Thorn Tree has long since died, there is a replacement and another smaller one nearby, ready for succession!

From at least the 12th century the Glastonbury area was frequently associated with the legend of King Arthur, a connection promoted by medieval monks who asserted that Glastonbury was Avalon and that King Arthur and Queen Guinevere’s bodies were found buried in 1191 in a grave on the Abbey grounds. Or, some reports say a grave in the hollow trunk of an Oak Tree. Which was kind of convenient since after the Abbey had burned down in 1184, the flow of pilgrims had slowed and the Abbey needed an infusion of money.  But, hey, call me cynical.

In any case, the grounds of the Abbey were lovely and it must have been an incredibly beautiful place in it’s glory. 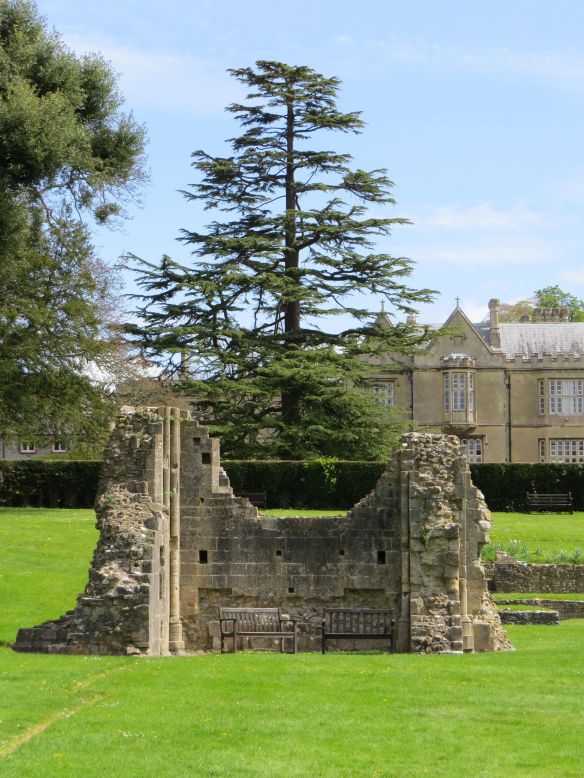 And, just so you don’t think I skipped the new age parts of the pilgrimage, here’s a picture of of the, uh, waste receptacles.

1 thought on “Glastonbury – King Arthur, the Abbey and spiritual tourism”