When Single Girl last battled the mighty IKEA in the Case of the Two Side Tables, the score was a very close IKEA 1.0, Single Girl 1.5. Proud to report that in Round 2, The Mystery of the Six Drawers, Single Girl soundly defeated IKEA with a score of 6-0.

There is something about putting together IKEA furniture by myself that triggers my grumpy single girl bitching (aka whining). And while I’m sure that lots of couplehood people have stood alone and hex-ringed IKEA in frustration, I miss having some shared misery as I stand by myself  in the suddenly vast and quiet space of my apartment surrounded by numerous confusing parts with their slots and precisely drilled holes and their right-side wrong-side left-side right-side challenges.

Problem is, the two side-tables I conquered look so great and there is this matching dresser that would look much better with my bedroom decor. So, if I want to be grown up and have “bedroom decor” on my budget, I figure I’d better just suck it up.

Step One, the bag of parts.

Seriously, look at this bag of parts!! I’m sure fewer parts were used in the moon landing. Feeling the need for support, I posted the picture to Facebook.

Now, I don’t want to cast aspersions on my Facebook friends but the three most common comments were “wow, that’s a lot of drugs for one person”, “what’s with the big bag of cigarette butts” and “oooh, I LOVE putting together IKEA furniture”. Two somewhat reasonable responses and one clearly crazy one.

I greatly admire the people who create the instructional diagrams for IKEA. Explaining how to assemble furniture using only pictures and no writing is a truly admirable skill. But, the first thing that becomes clear to me is that not even the gurus at IKEA believe that you should assemble furniture by yourself. Check out this sad single guy, and then how happy he is to have a friend. 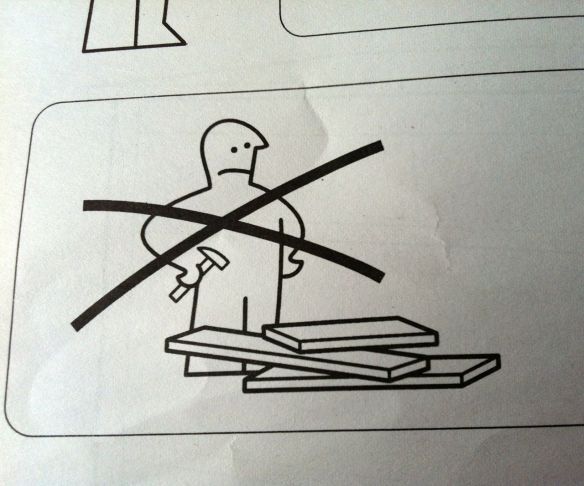 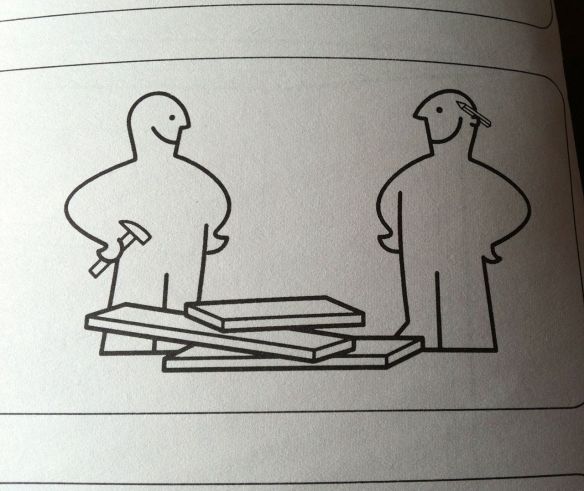 Bravely, I decide the hell with IKEA and their anti-single instructions, I am doing this by myself. Even if, as the later instructions show, it might lead to me attempting suicide by trying to crush myself under the dresser. 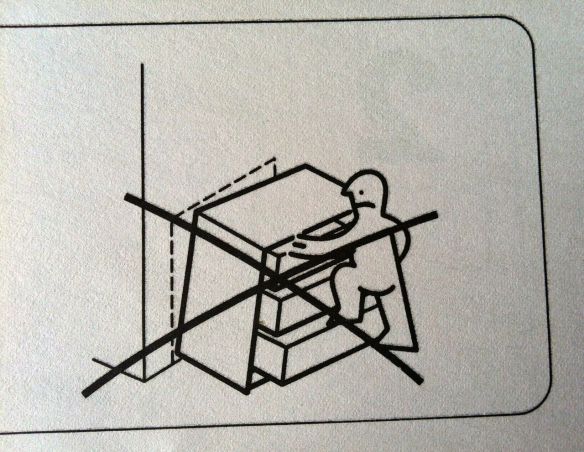 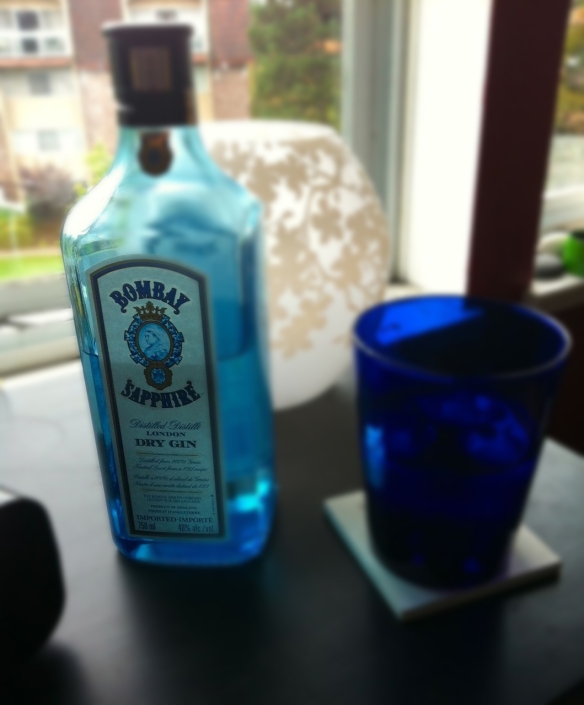 I’d make this a longer story but things got a bit fuzzy after that.

It took me four hours and I got a blister on my hand from the screwdriver but I did it. Sure, there were a few leftover parts but I didn’t do any of the steps wrong, requiring an undo and redo, AND I managed not to strip any screws. I count that as a giant victory.