I have long wanted to see the Edinburgh Military Tattoo and on August 1st … mission accomplished!

The Edinburgh Tattoo is a show put on by military marching bands from the British Forces and units throughout the Commonwealth. It is held on the courtyard of Edinburgh Castle for ten days at the beginning of August each year. This year was the 65th Tattoo. The word “Tattoo,” is derived from “doe den tap toe”, or just “tap toe” (“toe” is pronounced “too”), the Dutch for “last orders”. Translated literally, it means: “close the (beer) tap”.

As a kid, I didn’t share much in musical taste with my Dad but one thing we did share is a love of marching bands and bagpipes. I can remember watching the Tattoo on TV when I was little and hoping I would get to see it live one day. My parents saw the Tattoo in 1960 when they were on their honeymoon in the UK. Knowing I would be in Scotland for a hiking trip this summer, tickets to the tattoo were purchased way back in January. 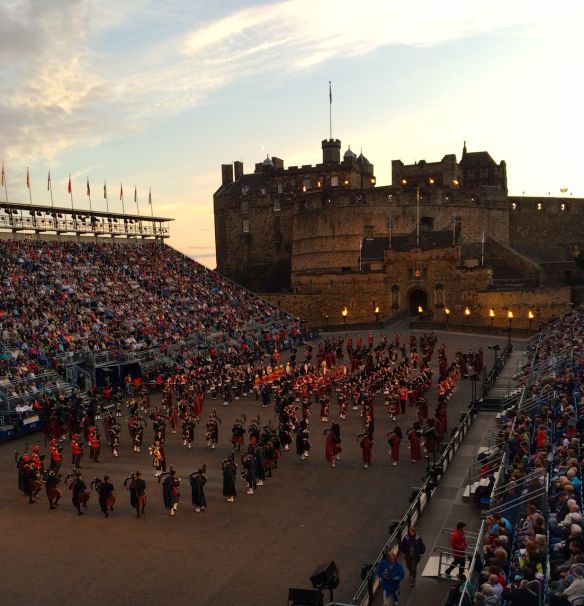 Each year’s Tattoo is different and this year featured a theme, “Our Home, Friends and Family” which told the story of Scots who travelled away from home and settled throughout the Commonwealth, spreading their culture along the way. It featured groups from around the Commonwealth – South Africa, Singapore, India, New Zealand, Trinidad and Tobago and Malta. The show kind of blithely ignored that some of these places didn’t voluntarily join the Commonwealth (uh, British colonialism, anyone?) but I did enjoy the range of performers.

The group from South Africa, the iNgobamakhosi Zulu Dance Troupe. 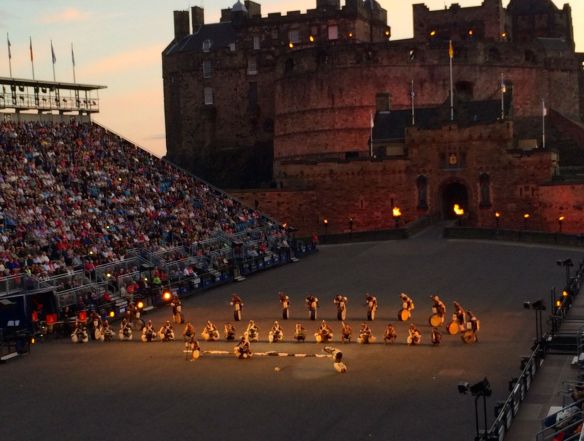 The group from Trinidad & Tobago, the Trinidad and Tobago Defence Force Steel Orchestra, the only military steel drum band in the world. At some points during the show, they projected images against the Castle walls, as you can see here. 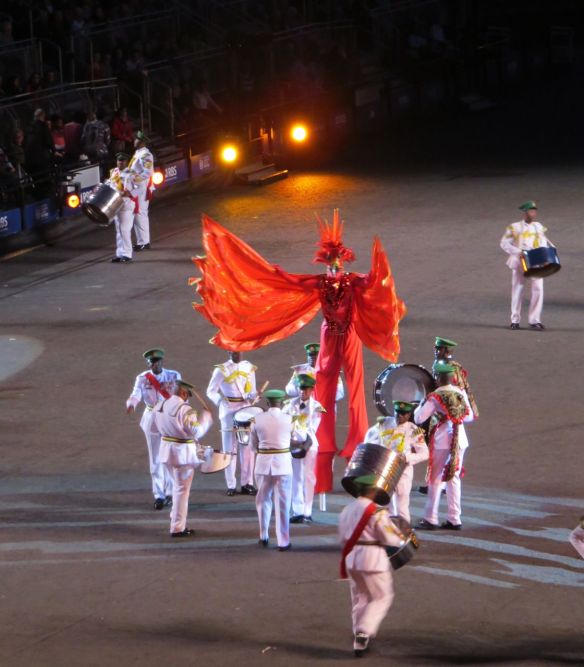 There was also lots of highland dancing …

Of course, my main love is still bagpipes and marching bands and there was lots of that. The grand finale included 1150 performers on the esplanade, playing music and dancing as fireworks burst overhead. And, there was a military donkey (I’m not sure why but I was impressed with the poise of the donkey amidst everything).

The recessional … try to ignore my humming and dancing during the video, I couldn’t help myself.

The Tattoo always ends with the lone piper on the walls of Edinburgh Castle. All in all … a wonderful experience. 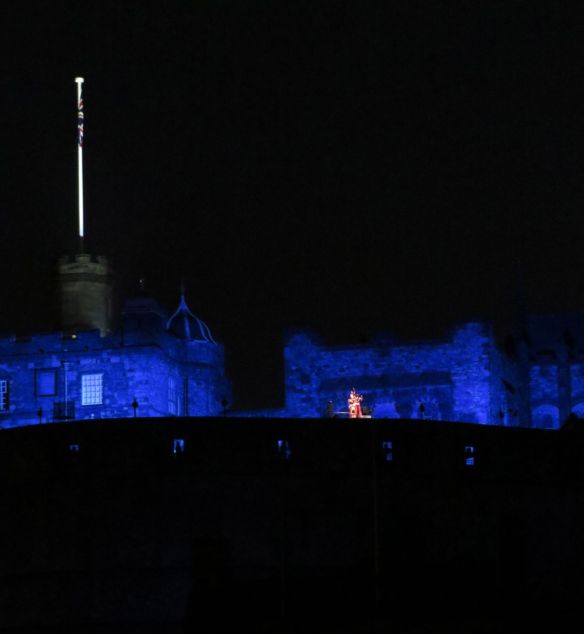 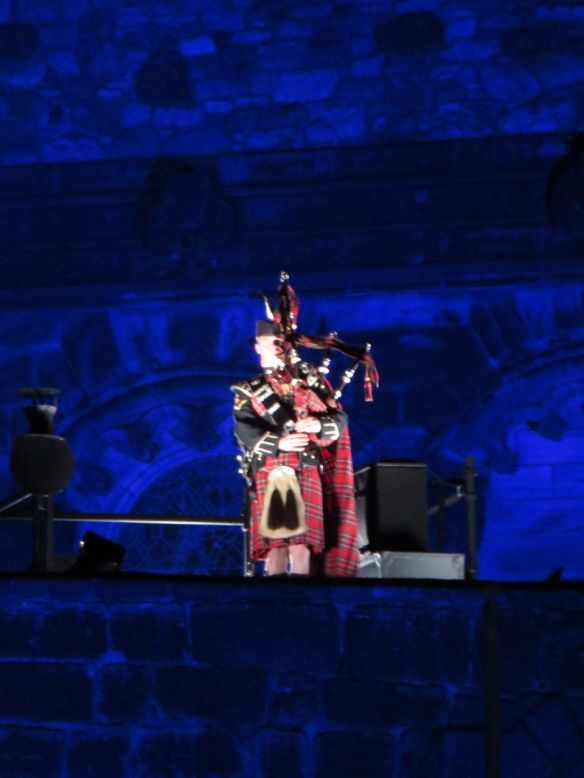