I’m back in the UK visiting friends and today we visited with their friends in Rochester. Like all good British towns, it had a cathedral, a castle and a nice high street.

First, the castle. Built in stages from the 11th to 14th century, quite a bit of it was still standing. I’m watching a great show right now called “Secrets of the Castle” which follows the construction of a 13th century castle using tools and techniques of the time. One of the things that I found interesting is that the castles of the time would have been covered with a white limewash. So, while we’re used to seeing the stone, in fact, both the inside and outside of the castle would have been covered. Looking at the Rochester Castle now was pretty impressive. It must have been quite a sight in white!!

The Cathedral in Rochester, built in the Norman style, is England’s second oldest and was founded in 604AD by Bishop Justus. The present building dates back to the work of a French monk, Gundulf, in 1080. Yes, I took a picture of “Gandalf”. 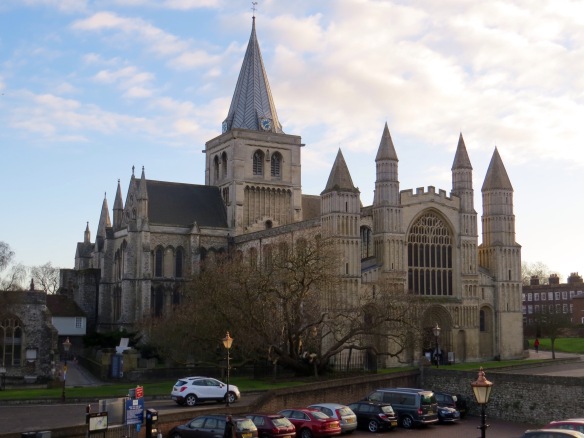 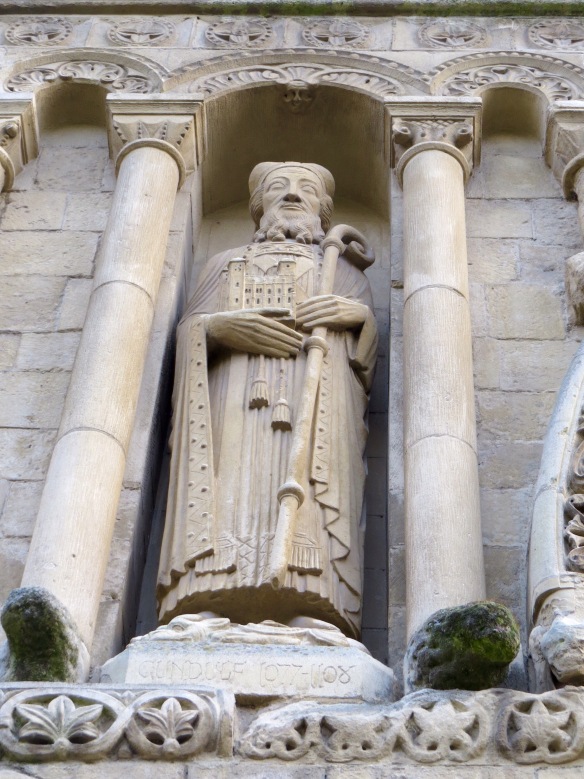 The high street of Rochester was lovely and although the french pastry shop was closed, we did find a little cafe to have tea and cakes.

Altogether, a lovely day with the added bonus of lots of sunshine.