Last weekend I visited the Chalice Well in Glastonbury. What a beautiful, peaceful and energetically soothing place. Now, it’s true that I had just come from the Tor, where I had a paralyzing attack of “OMG, I’m going to fall to my death” so any flat space close to the ground would probably have been soothing but none of the wells I have visited in Ireland or Scotland (or elsewhere) have been so lovely. 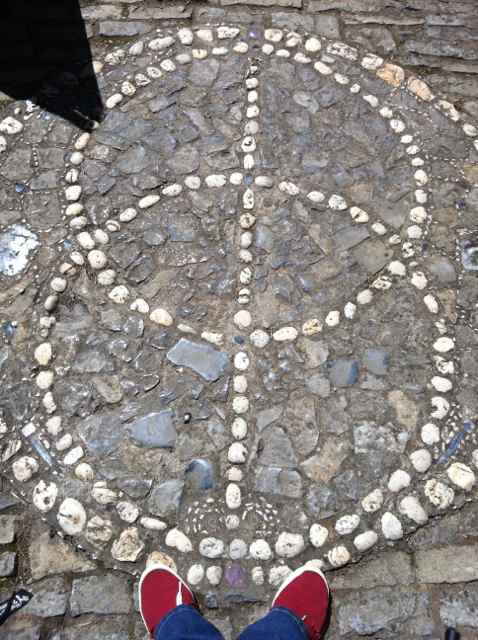 The cover of the well has a wrought iron vesica piscis with a lance passing through it.  An ancient symbol of interlocking circles, representing heaven and earth, spirit and matter, inside and outside, above and below, masculine and feminine, two as one. 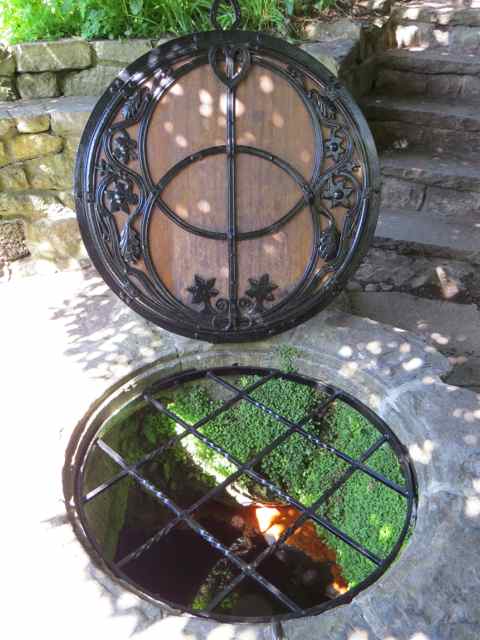 In the past, the well was known as the Red Spring or Blood Spring because the water that flows from it, rich with iron, leaves a red deposit on everything it touches.  As you can imagine, many legends are associated with the well. That Joseph of Arimathea buried the cup that Christ used at the last supper. Or, that the red spring is a direct expression of the lifeblood of the land. 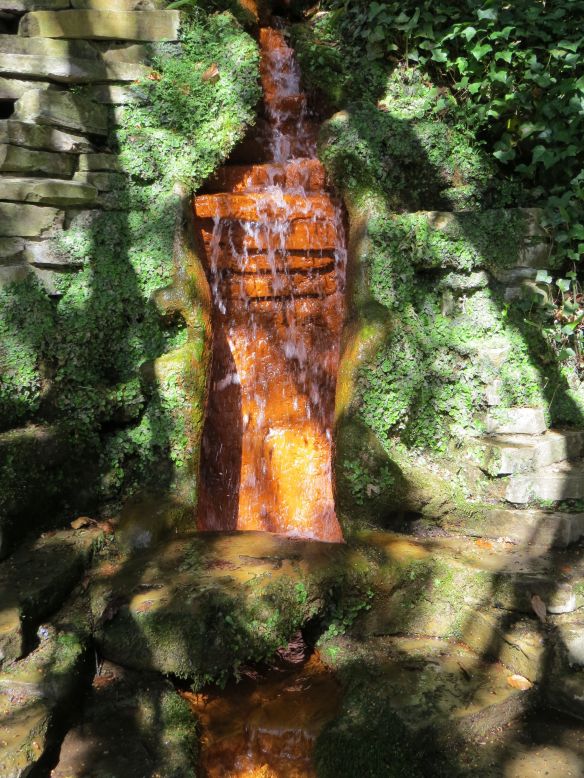 Water has long been considered a source of healing and a bringer of life. It stores and transmits energy and our bodies flow with water just as the earth does. The Lion’s Head drinking fountain is safe for consumption. As the water is rich in iron, only small quantities are recommended. A little goes a long way.

I collected a litre of water to bring back to share with friends.

The vesica pool consists of seven bowls which each inscribe a figure eight. While wells often  have feminine associations, this pool seemed especially curvy and feminine to me. And, the flow of the water caught the sunshine and danced as it flowed.

I left my votive candle by the vesica pool for blessings of the divine feminine.

And, while the Well is obviously a place of Christian pilgrimage, it was nice to see the pagan element. Being close to Beltaine, there was a newly danced Maypole by the vesica pool, adding some divine masculine to the garden. 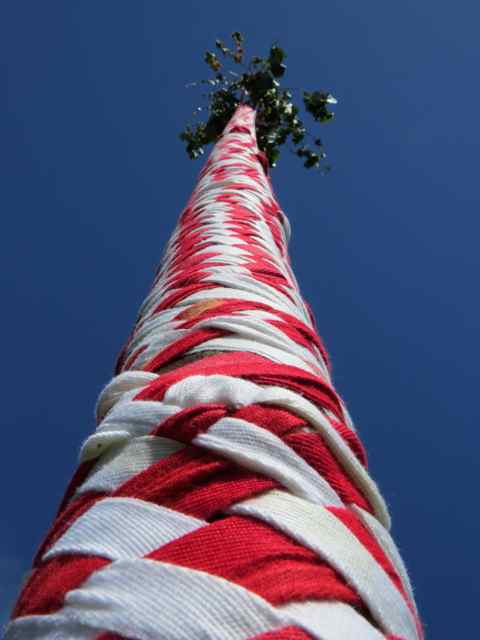 The spring flowers in the garden were in full bloom.

And so was my spirit.