In addition to seeing Lindisfarne while staying in Seahouses, I also took a boat trip out to the Farne Islands. The Farne islands are a group of small islands (between 15 and 20 depending on the tide) located off the northeast coast of Northumbria.

As with Lindisfarne, the islands recorded history goes back to the 6th century CE and were home to both Saint Aidan and Saint Cuthbert. A 14th century chapel dedicated to St. Cuthbert still exists on one of the islands.

But, mostly, the islands are home to hundreds of species of birds. We saw cormorants, shags, various species of terns and puffins. 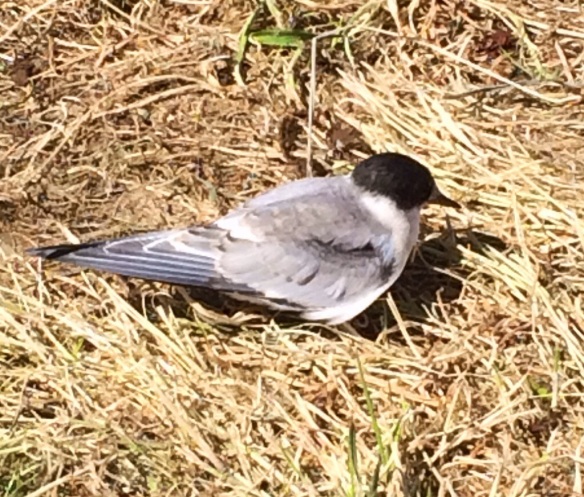 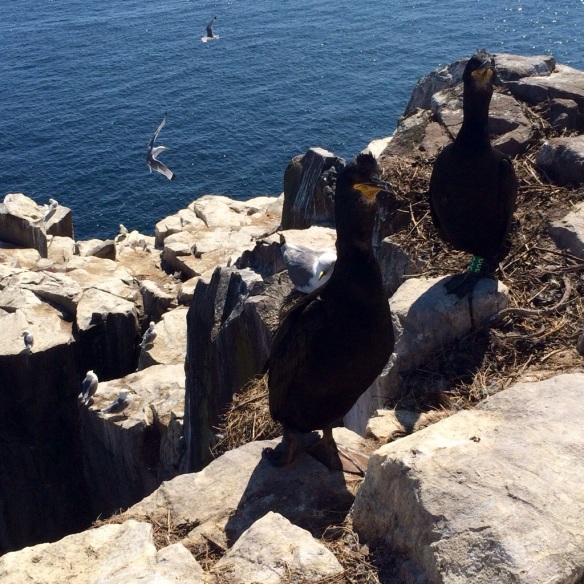 I’m not much of a birder so I was very happy that the islands are also home to thousands of seals and they swam alongside the boat checking us out as we snapped photos of them in the water and lazing in the sun on the rocks.

The Farne Islands are also famous for being the place where the shipwreck of the Forfarshire happened in 1838. Grace Darling, the 22 year-old daughter of the Longstone lighthouse-keeper spotted the few survivors who had managed to make it one of the islands. She and her father rescued 9 people in a strong gale and thick fog and she became a heroine who is well-known in British folklore.

After returning to the dock, we enjoyed a large pile of fish and chips and then ended our day with a walk along the beach.