Yesterday, I visited the Callanish Stones on the Isle of Lewis. While it has been hot and sunny all week in the Outer Hebrides (I got a tan in Scotland?), it was mysteriously misty as a few of us walked amongst the 5,000 year old stones.

The stones are laid out in a celtic cross formation, with a long avenue of double stones leading in from the noth and then a circular centre with shorter rows leading out in the other compass directions. The stones range from 1m to 5m in height and are made from the local rock, Lewisian gneiss, which is one of the oldest rocks on the planet at 3 billion years. It’s amazing to think of the passage of time since the stones were erected and since those stones were formed. We seem like a small blip on the landscape and yet our ability to change the earth upon which we live is immense. 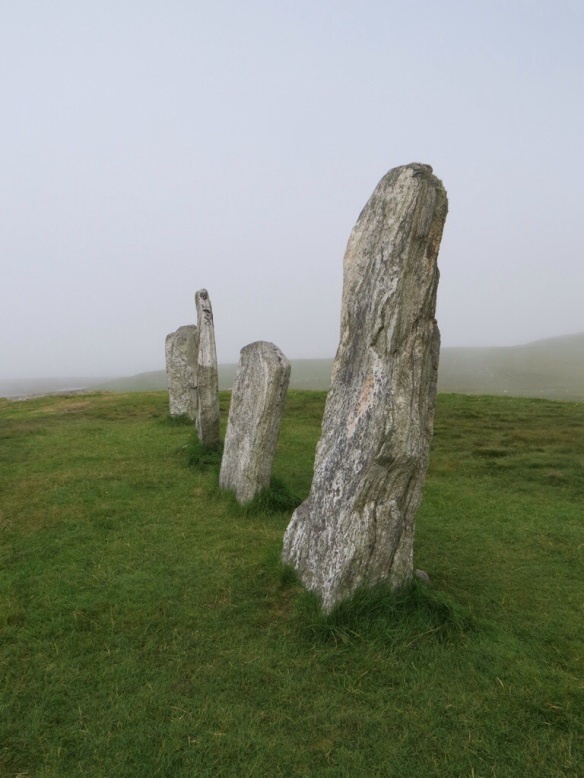 In the centre of the circle, a large stone marks where a burial cairn was found with human remains underneath. The meaning of the stones is unclear. Some people think they mark a lunar cycle, some solar, some speculate that they are a landmark that could be seen from far away at sea. Local legend says they are large giants who refused to convert to Christianity and were turned to stone as punishment. 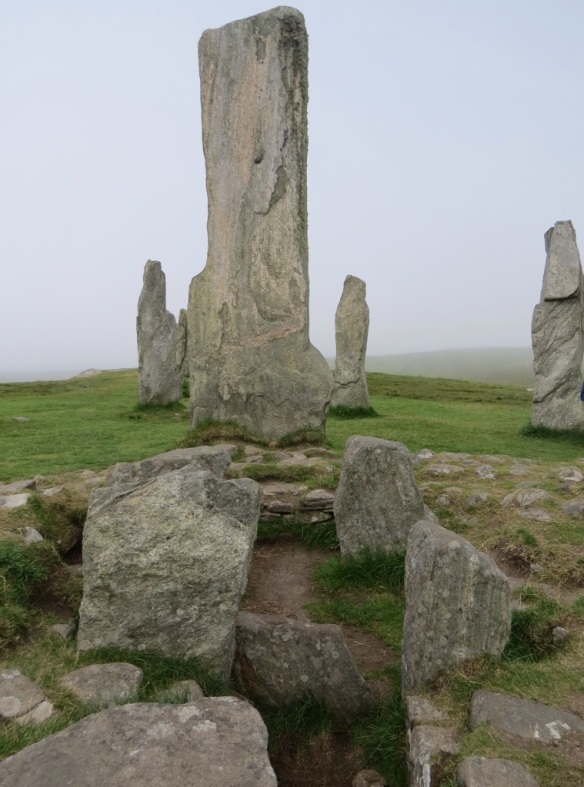 The Stones also form a relationship with the line of hills to the south, known as the Sleeping Beauty or Cailleach na Mointeach (the old lady of the moors). Once every 18.6 years, when the moon is at its southernmost extreme, the moon seems to rise out of the body of the Cailleach and then appears within the stones of the Callenish circle. And, if someone stands in the southern part of the circle, they appear to be reborn with the moon.

The site was truly spectacular. The lines and colours and striations of the rocks gave them added character and personality and the stones had both a presence and a power. I am so glad I got to visit this amazing place.