After touring the Minster, we headed out to explore the town of York. 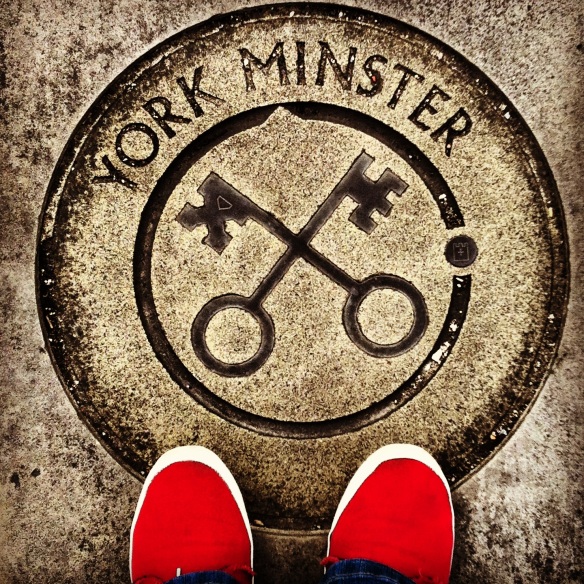 The city was founded by the Romans in 71 AD and we walked the Roman Walls (really dating from the 12th – 14th century) for a great view of the city and the Minster. 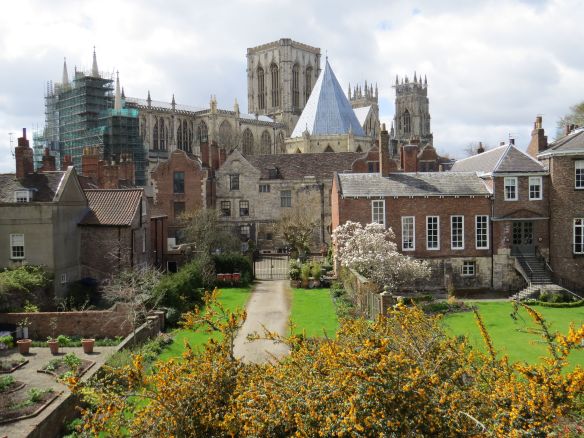 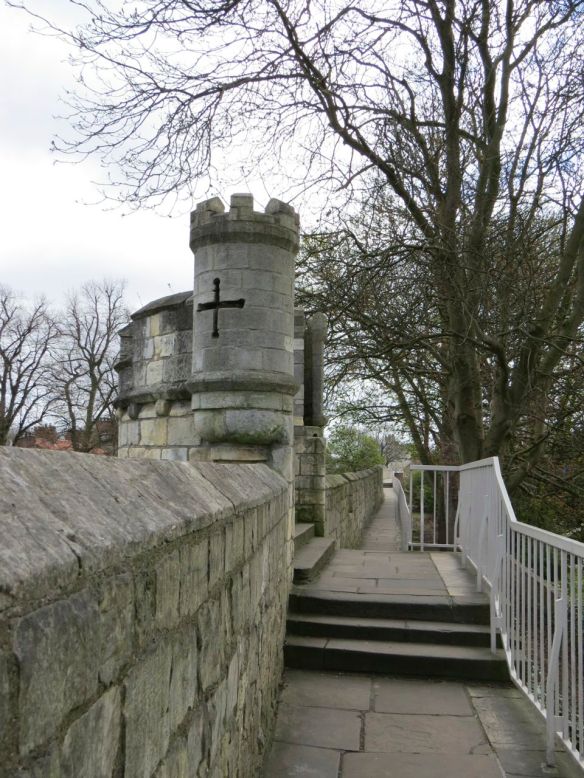 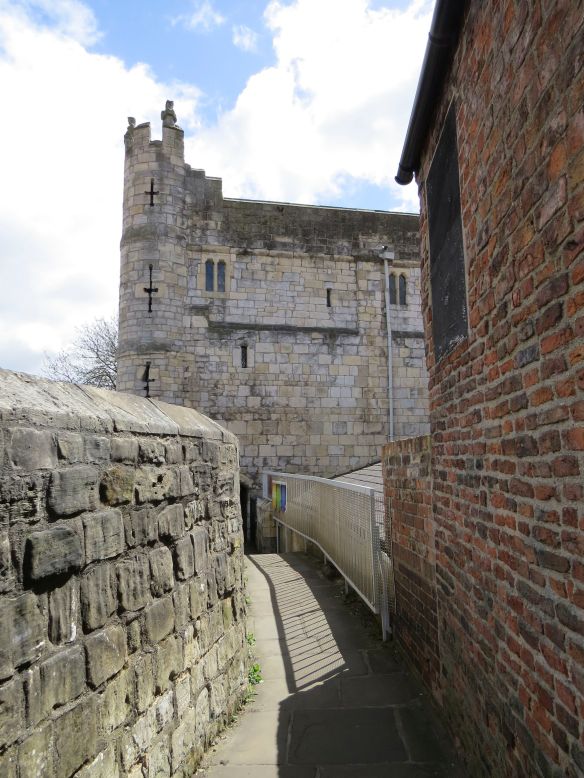 Having just finished physio for my knee injury, I am happy to report that the knee performed well under the rigour of lots of uneven stairs and cobblestones. 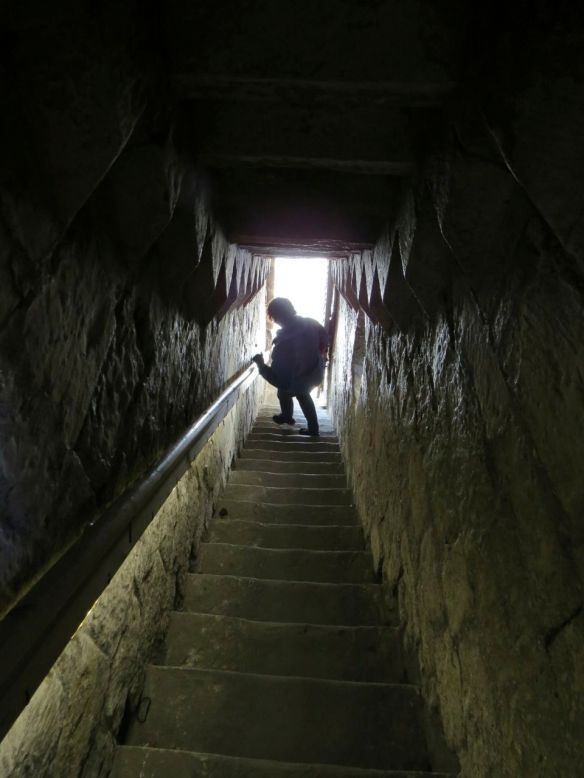 With a late spring in the UK, the grassy slopes leading up to the walls were covered in daffodils. It was absolutely beautiful. 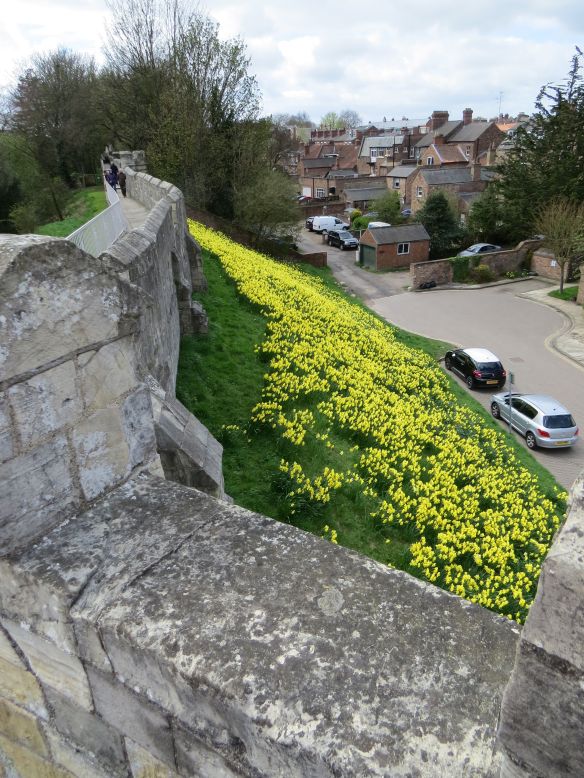 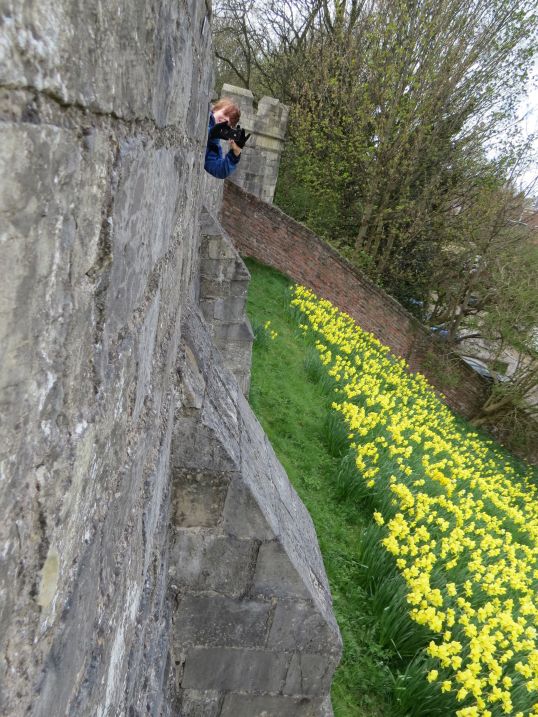 A sea of yellow. 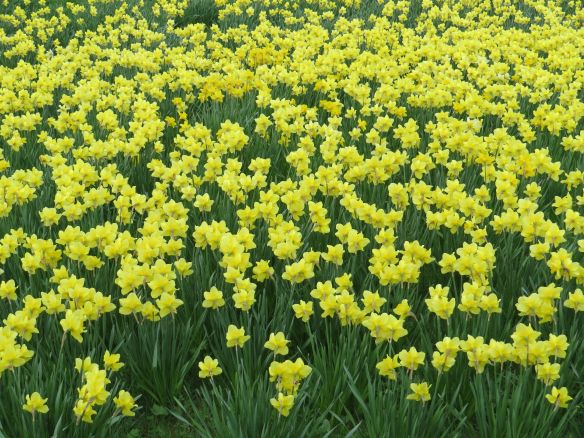 One of the features of York are the  Snickelways, narrow pedestrian routes, many of which led towards the former market-places. In this one, the Shambles, you can see the medieval narrow street now lined with shops. We even found a glass shop here and I bought a glass bouquet of flowers which I successfully transported home intact. 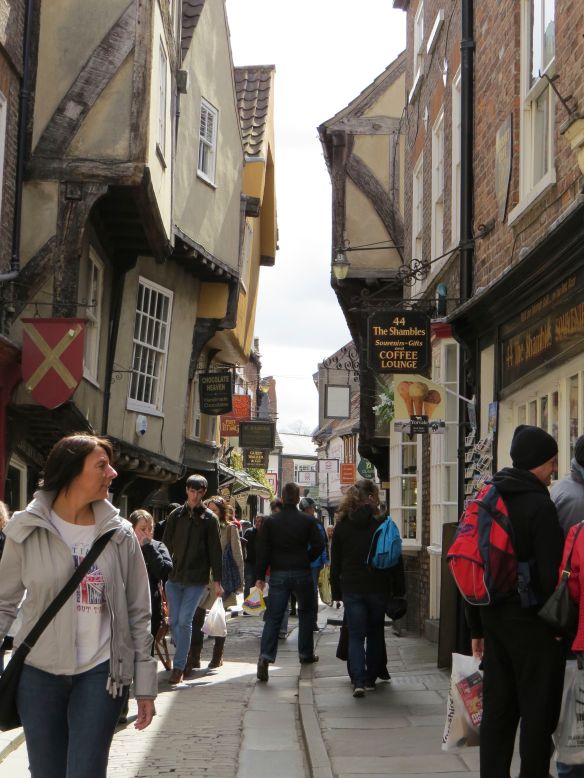 Some more of the beautiful flowers in York. 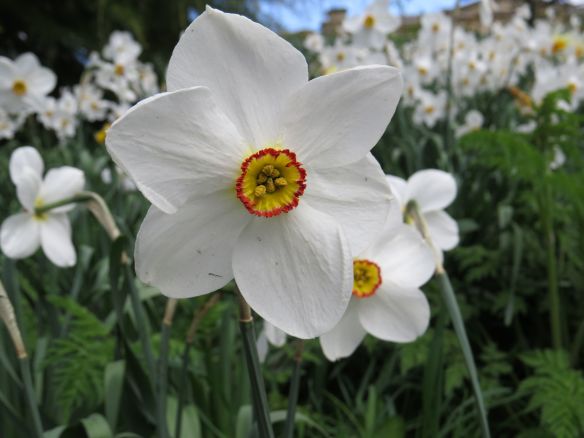 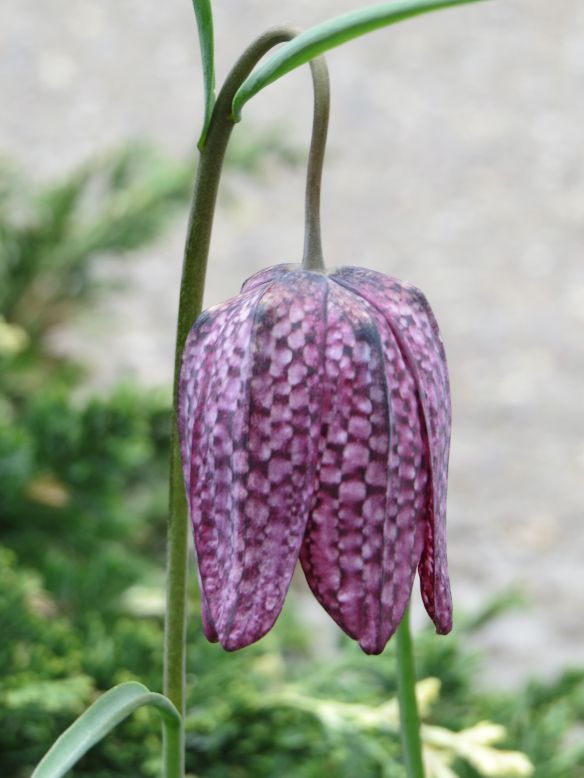 One place we didn’t get to visit was nearby Knaresborough.  My Dad was born in London but during WW2, the family moved to Knaresborough (just outside York) for safety. After the war was over they emigrated to Canada.  Lucky for me, my sister travelled to York a few years ago and she did get to Knaresborough and visited the very house where Dad and the family lived.  She even got invited in for cake!  So, to end this post, a picture of Knaresborough courtesy of my sister. 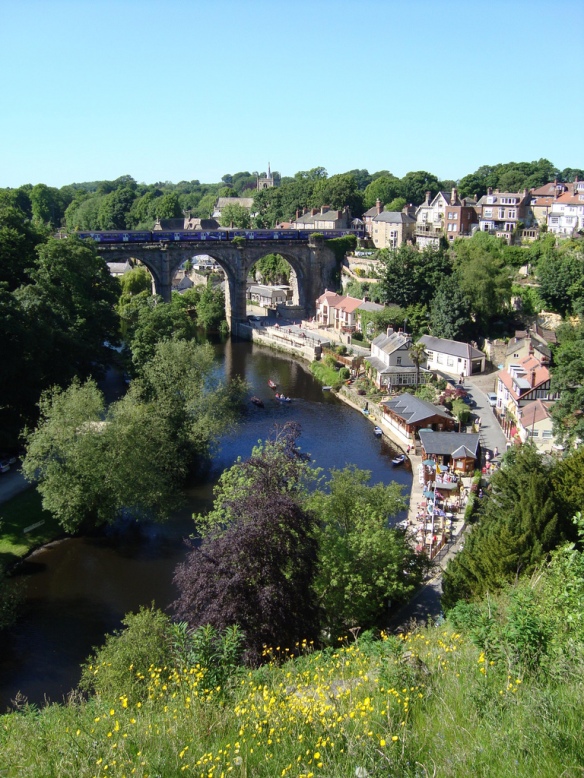